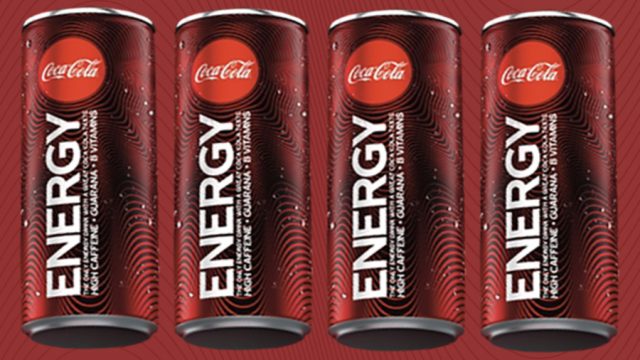 The Coca-Cola Company has announced that it will launch its first, own-branded energy drink in Europe in April, marking an entry into a space dominated by Monster and Red Bull.

Dubbed Coca-Cola Energy, the new beverage will first debut in Spain and Hungary with plans to launch the energy product in additional countries through 2019 and 2020, mainly in Europe.

It is made with caffeine from naturally-derived sources, guarana extracts, B vitamins and has no taurine.

The company said it will also offer a no-sugar, no-calorie option, targeting the healthy-conscious consumers.

Both the regular and the no-calorie options will be available in 250-ml cans, featuring a circular red Coca-Cola mark and a claim to be ‘the only energy drink with a great Coca-Cola taste’.

“We kept these two qualities at the heart of how we developed the recipe and are proud to offer it under the Coca-Cola brand, inviting people to try a new and different energy drink that is designed to complement upbeat and busy lives.”

The launch will be supported by a visual identity and marketing campaign targeting especially young adults of age 18 to 35.

Speaking on plans to add other markets in the future, Meza said: “We plan to introduce Coca-Cola Energy in additional countries through 2019 and 2020.

“We will confirm plans and timings if a decision is made to launch this new brand in a certain market.”

This is part of the strategy to become a total beverage company as it widens its portfolio to include organic teas, juices, enhanced waters, ready-to-drink coffees as well as new product innovations with Coca-Cola.

Betting on beverages such as energy drinks and outside the carbonated drinks category is a path the company is undertaking to account for the dwindling soda sales.

The strategy involves reducing sugar and offering sugar-free alternatives, given the growing scrutiny around ‘sugar-loaded’ drinks by governments and consumers.

The move, which James Quincey, the CEO of Coca-Cola said is focused on consumer-centric product portfolio saw the relaunch of Diet Coke in four new flavours last year.

Last May, Coca-Cola released its first alcoholic drink in Japan, marking a possible entry into alcohol