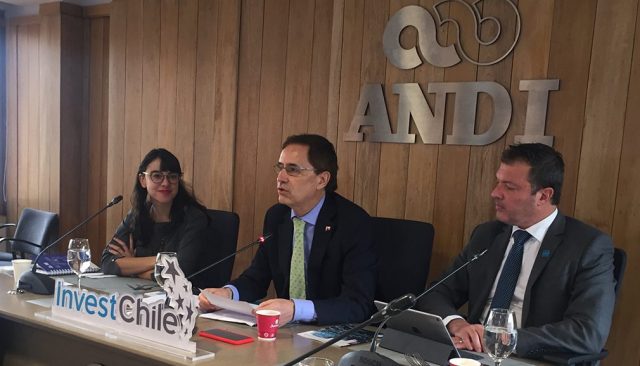 In a bid to attract greater investment from other South American countries, InvestChile, the Chilean government’s foreign investment promotion agency, has announced a series of unprecedented activities in Peru, Colombia and Brazil.

According to UNCTAD’s latest World Investment Report, Chile is Latin America’s largest overseas investor and has a stock of more than US$70,000 million in foreign investment in other countries in the region. Now, it is seeking to attract companies from those countries to do business in Chile, indicated the director of InvestChile, Cristián Rodríguez. This week, in Bogotá and Lima, it is, therefore, launching “Roadshow Latam”, a program of events organized jointly with local business associations that will continue in August with activities in Rio de Janeiro, Belo Horizonte and São Paulo.

InvestChile is currently promoting a portfolio of 123 public projects, worth more than US$3,700 million, in sectors such as infrastructure, tourism, mining and energy. In addition, the agency is publicizing information about future tenders in areas that include the production of lithium with added value, the Asia-Latin America submarine telecommunications cable initiative and the implementation of 5G.

Brazil: The next challenge

With a stock of investment of US$10,038 million in Chile, Brazil is by far Chile’s largest Latin American investor and accounts for 8.5% of the total stock of investment from all the American continent. Brazilian companies have invested in sectors such as finance, agribusiness and technology but investment promotion has so far not focused on this market in an intensive manner.