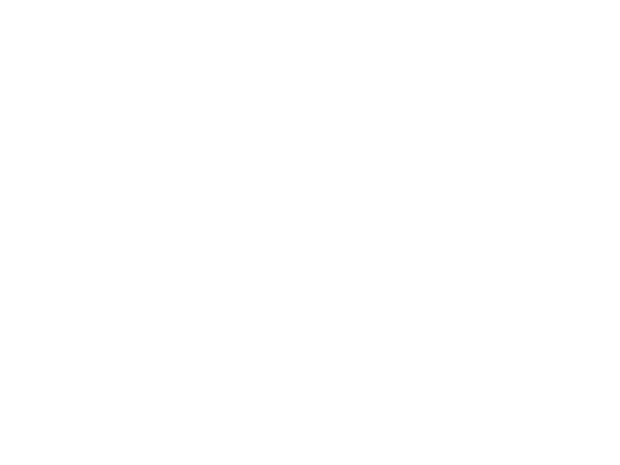 Our Editor-in-Chief, Ana Grujovic, had the honor of discussing with Jeroen Nijland, Chair of the OECD IPA Network and Commissioner of the Netherlands Foreign Investment Agency NFIA, about good practices on investment promotion and facilitation, the increasing need for peer-learning amongst IPAs practitioners, and the profound changes investment promotion agencies are facing today.

Due to Mr. Nihland’s extensive experience in investment promotion and facilitation as well as the importance and richness of the input he provided, this interview will be published in two separate sequences and will cover the following topics: the 40 years of NFIA’s work and the investment attractiveness of the Dutch market, the role of the OECD’s IPA network, and the profound changes that IPAs are facing today.

Introduction. Jeroen Nijland joined the Netherlands Foreign Investment Agency (NFIA) as Commissioner on February 1st  2014. In this position he is responsible for general management of NFIA headquarters in The Hague, as well as the 28 NFIA offices abroad. In October 2019 Jeroen was also elected Chair of the OECD-Network of Investment Promotion Agencies.

During the two years prior to this he was a member of the Task Force for Greece under the European Commission. Jeroen studied politics and economics at the Radboud University of Nijmegen. He started work with the Ministry of Economic Affairs in 1990 and held several posts dealing with policies regarding small and medium sized enterprises, technology and the information economy.  From January 2003 until February 2011, he was heading a joint unit of the Ministry of Finance and the Ministry of Economic Affairs responsible for regulatory reform for businesses in the Netherlands. During these years he was also Chair of the Regulatory Policy Committee of the OECD.

In the first interview, you will learn more about the institutional set-up of NFIA, its cooperation with regional partners and creation of the network Invest in Holland. Furthermore, you will discover NFIA’s flexibility and ability to adapt to the market trends: the agency is increasing the Brexit-related work and implementing necessary changes due to COVID-19 impact. Finally, let’s see how the Dutch market has built resilience and positioned itself as the best digital network in Europe.

Q1: Established 40 years ago, the Netherlands Foreign Investment Agency is operating as a one-stop-shop for foreign companies interested in establishing or expanding their business activities in the Netherlands. Could you please tell us more about the Agency’s work and its response to COVID-19?

Mr. Nijland :NFIA is part of the ministry of Economic Affairs in the Netherlands, and the official national investment promotion agency. Together with our regional partners, we form Invest in Holland, a network dedicated to assist businesses to set up shop, or to expand, in the Netherlands. NFIA currently have approximately 140 dedicated staff working on this, operating from 29 locations all over the world. Since our establishment in 1978 NFIA assisted thousands of companies, from all parts in the world.

The corona crisis has an enormous impact on countries and societies, also the economic impact is drastic. Due to the parallel demand and supply side disruption economic performance of MNEs and foresights worsened significantly. As a result investments worldwide will drop double-digit this year and -probably will probably not have recovered next year.

Fortunately, the Netherlands has been able to help companies in many ways. Through financial support, tax deferral and through specific help and guidance with logistics processes and repatriation of personnel.

As a country, we have all the preconditions to continue to do so now and in the future. The best digital network in Europe, a population that speaks its languages, stable political and economic relationships, this all helps to build resilience

C0VID-19 also drastically changed the way NFIA could operate. In short, in the beginning of the year when the pandemic unfolded we drastically refocused on aftercare, followed by speeding up the digital transformation of our work. This is a road many other IPAs also took.

Q2: Brexit brought a record number of businesses to the Netherlands in 2019. What are the trends for this year?

Mr: Nijland: More and more companies are opting for the Netherlands because of Brexit. Even now that the United Kingdom has left the European Union, and has entered a transition period, uncertainty about the economic new relation and the now unforeseen effects on international business remains.

As such, the Brexit-related work of the Netherlands Foreign Investment Agency (NFIA) and its regional partners is still increasing. 140 Brexit companies have now chosen for our country since the Brexit referendum (up until 2020, new results will become public in Q1 2021). Amongst these are media companies such as Discovery and Ridley Scott, financial companies such as MarketAxxess, Norinchukin and Bloomberg and Life Sciences & Health manufacturers such as Wheelair and Shionogi.

Together, these 140 companies expect to create more than 4,200 direct jobs and 375 million euros in investments in the first three years.

The number of Brexit companies that are still focused on the Netherlands also continues to grow. The NFIA is talking to over 425 Brexit companies about a switch or expansion to our country, that was 250 companies in the beginning of 2019. This includes British companies, but also American and Asian businesses that are reconsidering their current European structure due to the uncertainty caused by Brexit.

These numbers are growing because each of these companies have unique concerns about access to the European Market. This may involve the possible barriers to trade (both in goods or services), financial and administrative barriers or extra procedures, access to international talent for research & development or the loss of European innovation funds.

These last months of 2020 will be very important for companies affected by Brexit. Much will depend on the specifics of the future arrangements in the relation between the UK and the EU. The impact of this will vary from sector to sector and the pressure to reach agreements will be high this year.

We see that uncertainty is still increasing for many companies. They are waiting to make investment decisions until more is known about the impact of these new agreements on their business operations.

More and more companies are not waiting. They opt for the certainty, stability and security on the European Market that the Netherlands offers instead. With an English-speaking population, availability of talent, combined with the excellent connections to the UK and the EU and our strong digital infrastructure, choosing the Netherlands is an attractive alternative.

So, although the exact outlines of Brexit are difficult to predict in the short term, we know for sure that Brexit will have major consequences in the long term. Brexit is and remains an undesirable development, certainly for the Netherlands with its strong and well developed economic ties to the UK.

But with the continuing uncertainty, it is understandable that internationally operating companies are looking for alternatives on the European Market that offer them prospects in terms of goods, services, personnel and capital. The Netherlands offers a stable port in turbulent times for international economy.

Q3: The Dutch market is well known for smart logistics, IT & tech, agrifood, life sciences and health, among other. Which sectors have attracted the highest level of FDIs in Y2020?

Mr. Nijland:  As this years results will go public in Q1 2021, I can only reflect on last year. But nevertheless it will be clear that this year will be very different than previous years because of COVID.

In 2019, also internationally challenging times, the NFIA and its regional partners helped 397 international companies – such as Fresenius, FujiFilm Irvine Scientific and Swisscom – to the Netherland. These companies expect to create more than 14,000 direct jobs and invest 4.3 billion euros in their first three years in the Netherlands.

Out of the foreign companies that choose the Netherlands, around a third comes from Asia, a third from North and South America and a third from the rest of the world (Europe, Middle East, Africa and Oceania).

Last year, the most companies attracted to our country came from IT, Creative and Chemical sector, as well as Life Sciences & Health. Within these sectors, various types of business activities were represented; for example, European Headquarters, production facilities and research laboratories.

Since 2015, the NFIA, together with regional partners, has brought 1,800 companies to the Netherlands. This involved a direct investment book value of 12.4 billion euros and more than 57,000 extra jobs were brought to the Netherlands.

The Netherlands has a lot of reasons to attract FDI. Our population is highly educated and has good language skills, we have excellent logistics and infrastructure and our digital connections are among the best in the world. In addition, our living environment is well known internationally and we have a competitive tax system. In the Netherlands you can continue to do business from all over the world, with the European Market of 400 million consumers within close reach.

We don’t just say that ourselves. The Netherlands is also known internationally as such: our country is one of the most competitive and innovative economies in the EU and in the world [WEF, EU, OECD, IMD etc].