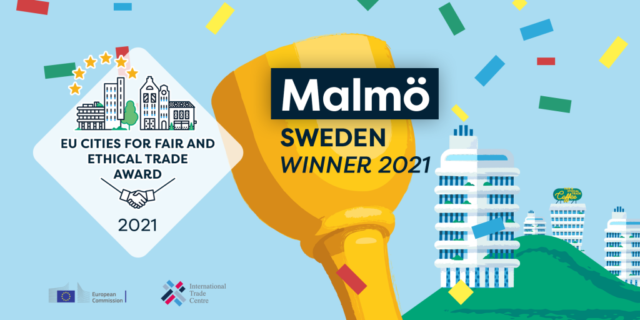 A jury composed of representatives of the European Commission and other stakeholders has chosen Malmö in southern Sweden as winner of the 2020 Fair and Ethical Trade City Award.

The award ceremony was held on Friday (16 October) in Ghent, Belgium, the winner of the first edition of the award. The European Commission launched the award in 2017 to celebrate and support initiatives of cities that encourage fair and ethical trade practices.

The award of €100 000 will fund a project to be selected by the winner to support fair and ethical supply chains in a non-EU country improving working conditions and the protection of the environment. The project will be implemented with support of the International Trade Centre (ITC), a joint agency of the World Trade Organisation (WTO) and United Nations.

“It has been truly inspiring to see what cities around Europe are doing to promote fair and ethical trade,” said Valdis Dombrovskis, Commission Executive Vice-President. “Malmö, as a Sustainable Trade Champion, has been holistically engaging its multicultural community of consumers, businesses and civil society to do just that, with a strong vision for the city’s future role.” Read more about events HERE.

The award will boost the image of Malmö

The award will boost the image of Malmö, a city struggling with gang criminality and integration of migrants. It was chosen among 11 eligible applications across the EU for its positive work in recent years in driving the change towards more sustainable consumption and production.

It was the first city in Scandinavia to become a Fairtrade City in 2006 and has for example gone from 0,5% to 99% ethical coffee consumption in 12 years. More than 200 shops and places for serving food sell Fairtrade certified products. It has also introduced innovations in its public policies and actions to promote fair and ethical trade across several areas of public procurement.

Next year Malmö will host a number of international conferences, such as the ICLEI (Local governments for sustainability) World Congress in April 2021.

In Autumn 2021, the Swedish government plans to arrange an international conference in Malmö against antisemitism. Malmö wants to accelerate its transition to e-mobility and a climate neutral city.

“We are now going to discuss our project proposal with the Commission and ITC,” said Olov Källgarn at the city environment department to The Brussels Times. “The proposal is about ‘ethical’ batteries and linked to the climate transition in Malmö. We want the transition to be ethical and socially sustainable by ensuring sustainable conditions for those producing the batteries.”

Asia eCommerce Week: Shaping the digital economy for all