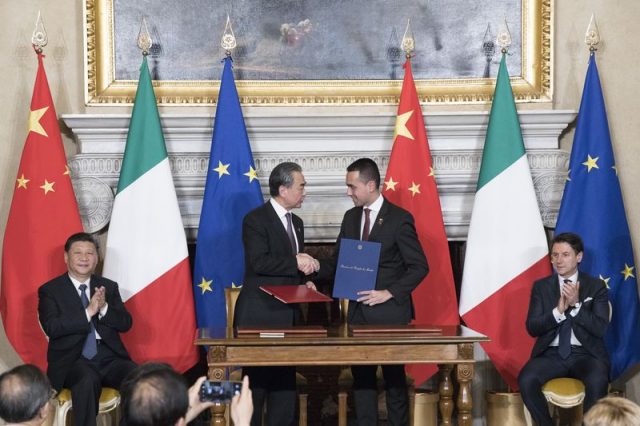 Chinese President Xi Jinping said he wants France’s cooperation “in the framework of the Belt and Road initiative,” as he prepares to begin a three-day trip to France. In a letter published in the Le Figaro newspaper, Xi called for more trade and investment between the two countries. He listed nuclear energy, aeronautics, space, and agriculture as industries with potential for deeper ties. “French investors are welcome to share the opportunities of development in China,” Xi wrote. “I equally hope that Chinese companies can better succeed in France.”

Italy on Saturday will became the first Group of Seven country to sign a “Belt and Road” memorandum, agreeing to cooperate in the Chinese-led initiative to build trade-promoting infrastructure across the planet.

France, on its part, doesn’t plan to sign any such memorandum though it seeks Chinese investment. President Emmanuel Macron Friday said the European Union needed to approach relations with China together and not as individual countries.