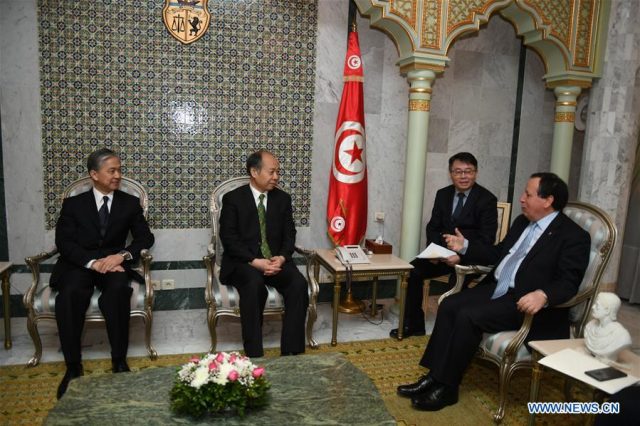 
The agreement was signed by Hatem Ferjani, secretary of state to the minister for foreign affairs in charge of economic diplomacy, and Wang Xiaotao, head of China International Development Cooperation Agency, who is on a two-day visit to Tunisia.

Tunisian Minister of Foreign Affairs Khemaies Jhinaoui also met with Wang, and reiterated Tunisia’s will to strengthen cooperation with China in many economic sectors.

Proposed by China in 2013, the Belt and Road Initiative refers to the Silk Road Economic Belt and the 21st Century Maritime Silk Road, which aims to build a trade and infrastructure network connecting Asia with Europe, Africa and beyond along the ancient trade routes of the Silk Road.