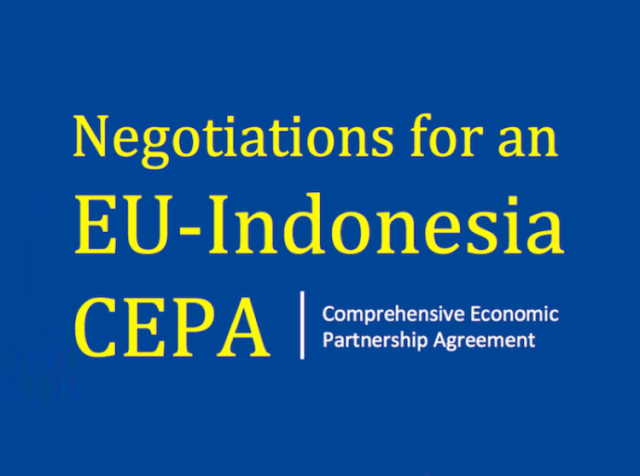 The EU is negotiating a Comprehensive Economic Partnership Agreement (CEPA) with Indonesia with the objective to facilitate and create new market access, increase trade between the EU and Indonesia as well as to expand direct investment.

The EU officially launched negotiations with Indonesia on 18 July 2016.

The sixth round was held from 15 to 19 October 2018 in Palembang, Indonesia. Negotiators made good progress across the board, particularly on the chapters on customs and trade facilitation, rules related to trade in food, animal and plant products, technical barriers to trade, as well as questions related to sustainable development. The seventh round is planned for 11 to 15 March 2019 in Brussels.

With more than 26 billion euro worth of goods traded in 2017, the EU stands as one of Indonesia’s most valuable commercial partners. There is a lot more potential in trade in services, currently valued at 6 billion euro.